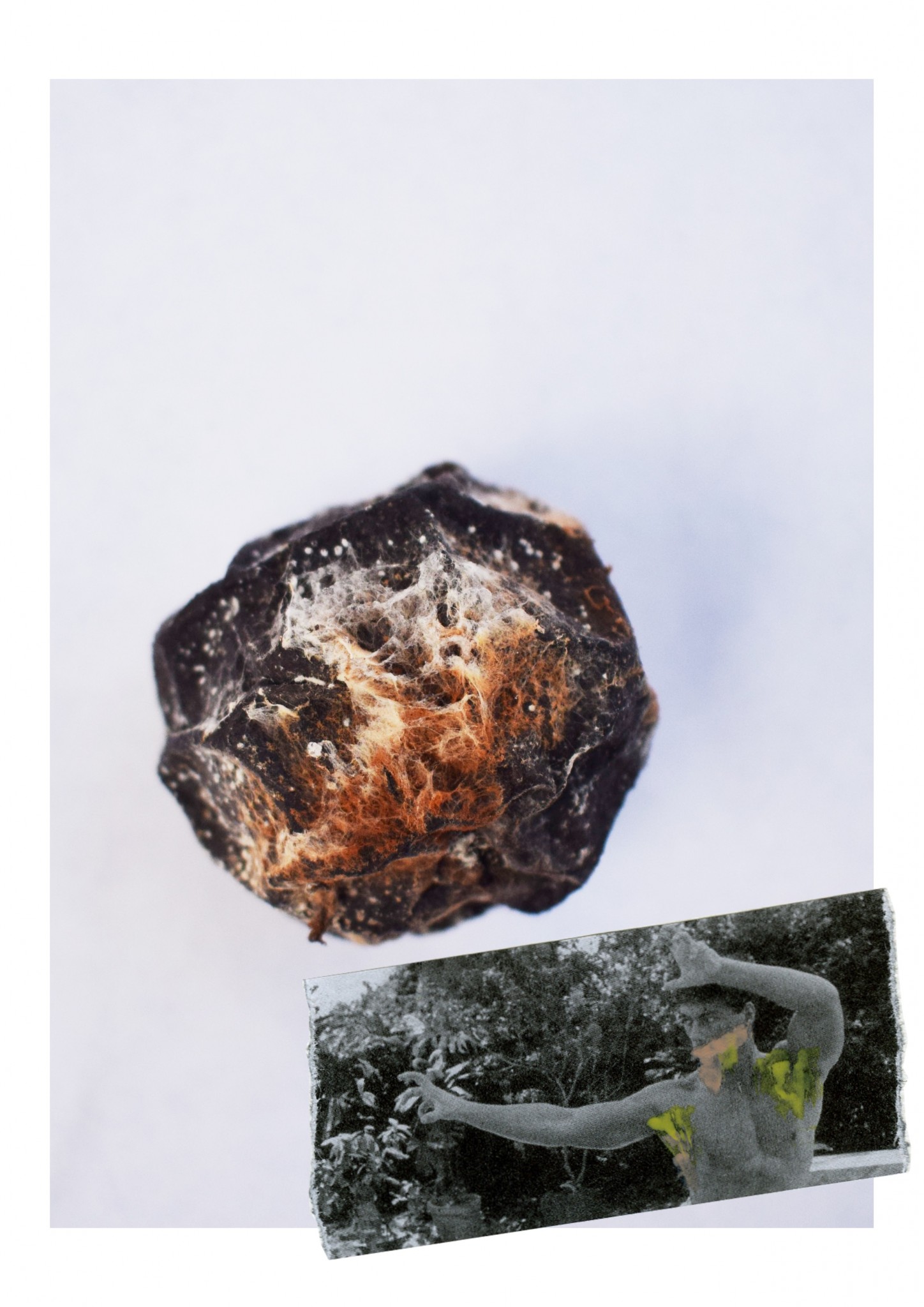 Inspired by the name Tropicana, homonymous to the famous and wealthy casino/cabaret in Cuba and Las Vegas,
SOUPER II will sing the swansong of the former notorious Brussels bar.
Tropicana will unfold its very own splendour and glory
by means of a rich banquet –
a three days lasting process of increase and decrease –

a show of decay and decadence.

SOUPER II originates from the roots of its location and the history of the name Tropicana. The original Tropicana Club was launched in 1939 in Havana, Cuba. This cabaret was and still is an attraction to many Cubans and tourists. It’s world-famous for its extraordinary shows staged by live musicians, singers, showgirls and dancers. During the Cold War there even was a direct flight from Miami to Havana, on which artists performed a “cabaret in the sky”. The club hosted many celebrities among others Edith Piaf, Marilyn Monroe, Judy Garland, Frank Sinatra, Ernest Hemingway and J.F.K.

The famous casino and hotel resort in Las Vegas, founded in 1957, is named after the Cuban club. The founder aimed to feature a Cuban ambience, with four room themes for guests to choose from: French Provincial, Far East, Italian Renaissance, and Drexel. As one of the city’s iconic buildings, it’s been used as film set for many movies, The Godfather by Coppola a.o.

Both Tropicana clubs promise each individual visitor a world of luxury, (exotic) men and women, excessive happiness and exclusive freedom; an escape from normal life so to say.

Tropicana Brussels, former bar on the corner of the Lakense Straat/Rue de Laeken and the Hooikaai/Quai au Foin, has a turbulent and notorious past. In 2013 the Public Centre for Social Welfare (OCMW/CPAS) became owner of the place to bring an end to social trouble in this neighborhood, which was said to be caused by the bar’s clientele. The bar was a meeting point for hustlers, prostitutes and criminals not alien to weapons, drugs and human trafficking.

Inspired by the given stories connected to Tropicana, SOUPER II tries to match their bright and dark sides – which in fact are natural to any story. This is an attempt not to condemn but to value the rejected and the repellingness. Can we redefine the good and the bad, the beauty and the beast? Can we bring opposites, often indicating a positive, superior pole and negative, inferior one, closer? Looking back at the Classical Elements in Greek philosophy (the hot and the cold, the dry and the wet) or Chinese medicine principles (fire, earth, metal, water, wood), it is essential to find a balance. As wood feeds fire and parts earth, fire creates earth and melts metal, earth bears metal and absorbs water, metal collects water and chops wood, water nourishes wood and quenches fire – there is constant creation and deconstruction in life.

By means of a three days lasting rich banquet SOUPER II will sing the swan song of the former notorious Brussels bar. The banquet reveals a process of increase and decrease. It unfolds Tropicana’s very own splendor and glory and simultaneously shows its decay and destruction.

Intrinsic to the word Tropicana is its ability to arouse feelings of warmth, ease and images of relaxing, sunny destinations. The subtile ornaments designed for the Brussels’ bar too create an oriental environment in the gray and rainy city. Opposite to Adolf Loos, who would disapprove every unnecessary ornament (Ornament and Crime, 1908), Tropicana convinced us there is some beauty to find in a superfluity of this kind. Tropicana is questioning Loos’ principles, telling us to keep everything simple and minimal, in order not to become a degenerated. By combining what he would see as visual and auditive pollution, SOUPER II is there to bring people together and to see if the abundance is able to create a feeling of coming home by adding a sense of belonging.

The banquet intends to twist expectations and beautiful promises: it isn’t honest about what’s sweet or salt, warm or cold, real or fake. Excessive ornaments are being served next to disturbing flavors in a confusing space. The menu is linked to Japanese vegetable cakes, stone food banquets, food imitations by artists like Claes Oldenburg, historic food photography and out of style cookbook images (Feast for the Eyes – The story of food photography, 2017). However, the very kitsch dishes of SOUPER II can’t but reveal the deconstruction caused by the eater and the decay over time.
What’s ripe, has to rot – what doesn’t rot, isn’t real.

Besides serving food SOUPER II invited photographer Louise te Poele. A main theme in her photographs is the still life. The genre was very popular in paintings of the 16th and 17th century. They often presented a luxurious feast meal with wild animals, exotic fruits and sea food, however at the same time emphasized how ephemeral life is. Besides spoiled fruit and fading flowers, the half peeled lemon is a typical symbol of vanitas. Louise te Poele’s work translates these arrangements to contemporary life and digital age.

The soundscape that comes with the first course is an appropriation of a tropical storm – paradoxically offered online as relaxing music – intertwined with the presentators’ voices at a Tropicana spectacle (Cuba) and varied hymnes to Tropicana: listen here.
Cam Fry composed a tropic/tronic exploration for the main cours on Friday night.
Aaron will surround you with exotic rhythms on Saturday evening to heat the place up. 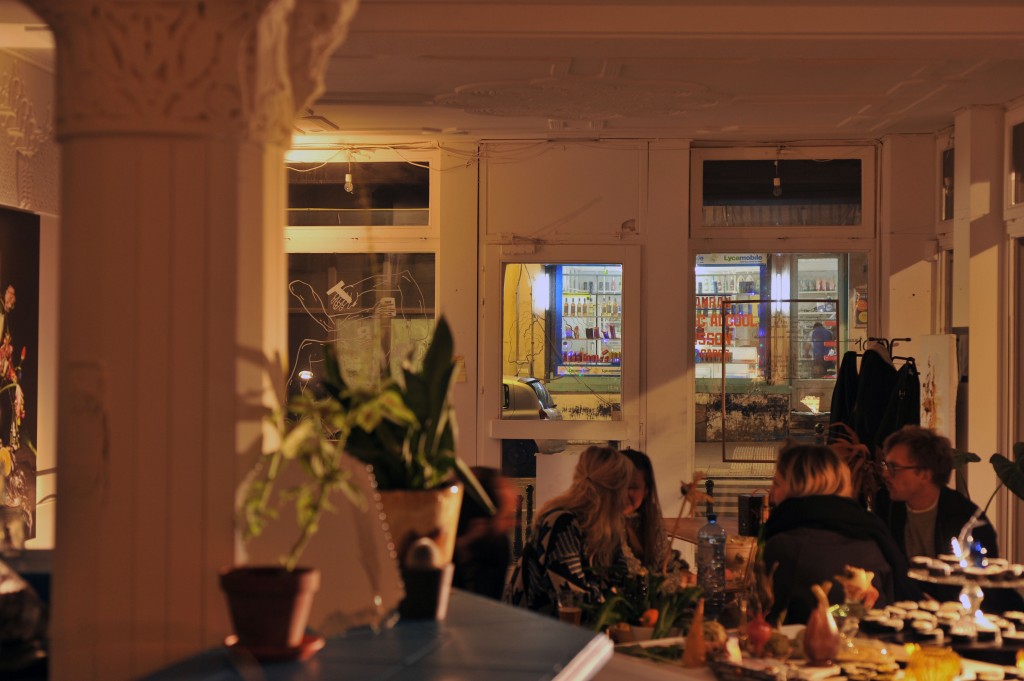 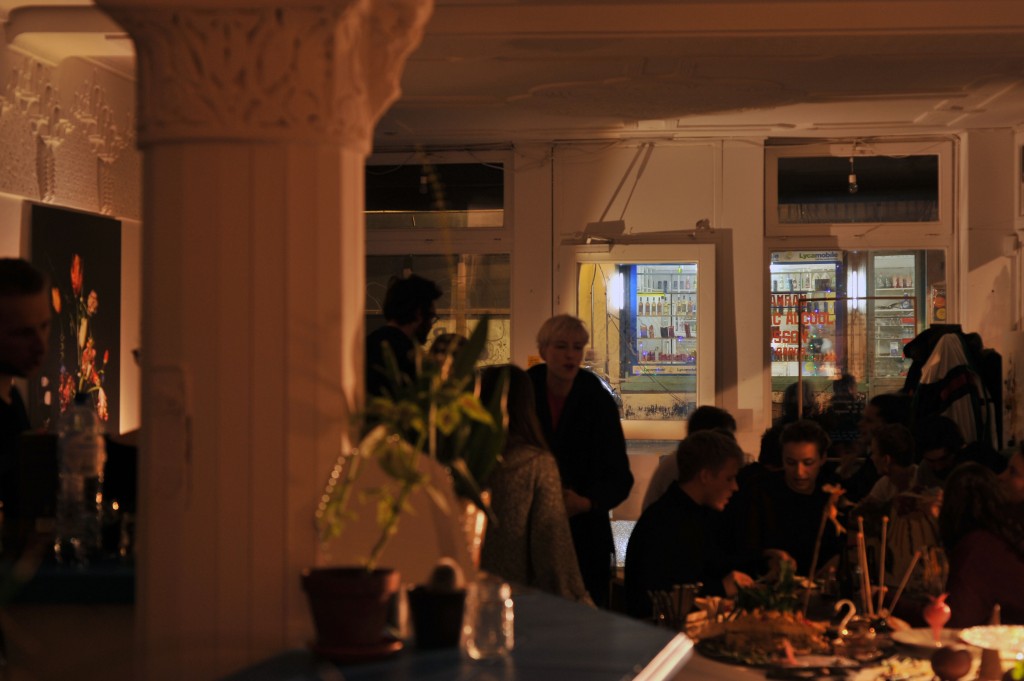 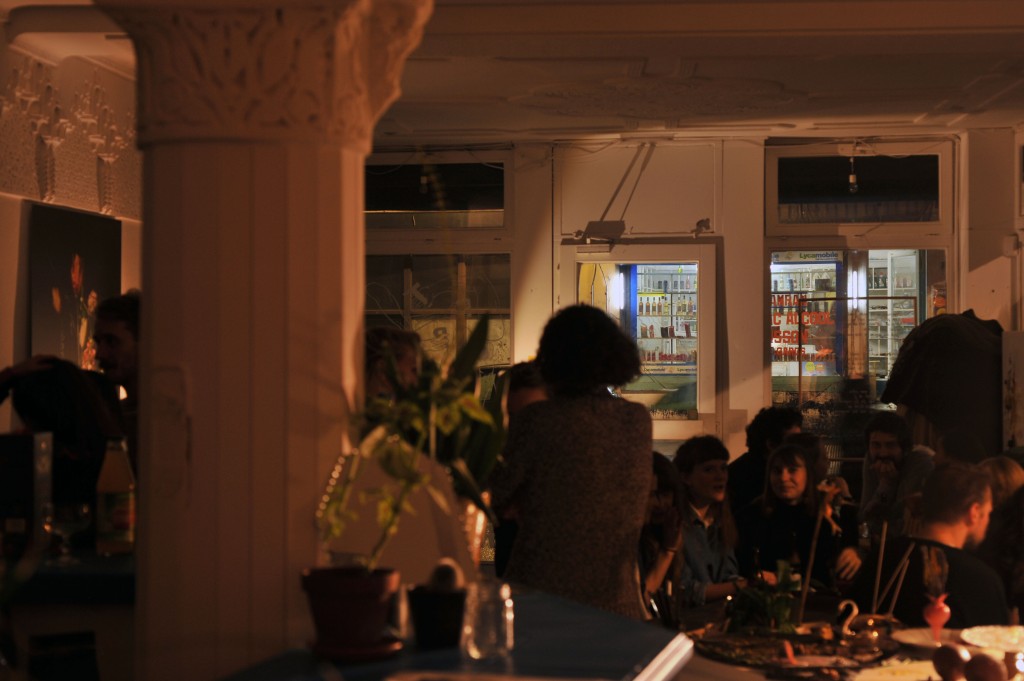 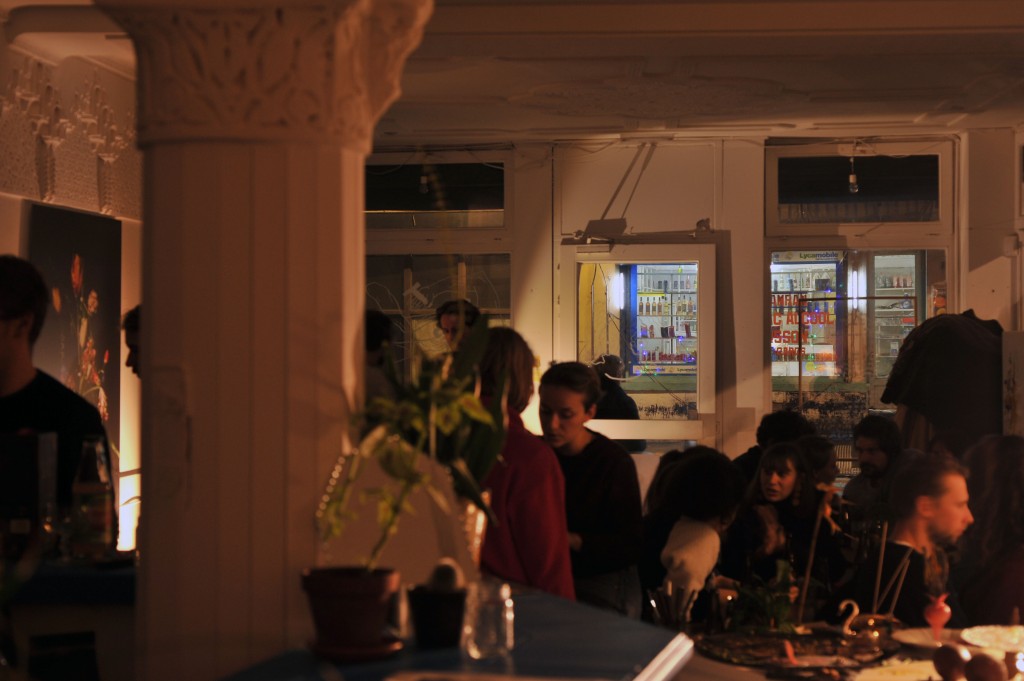 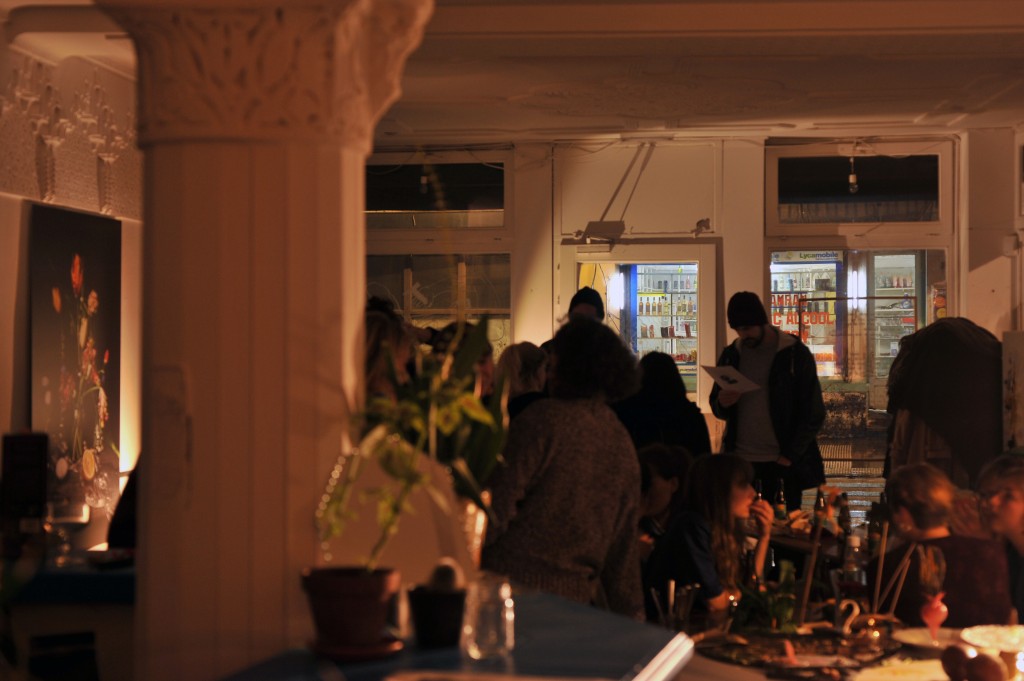 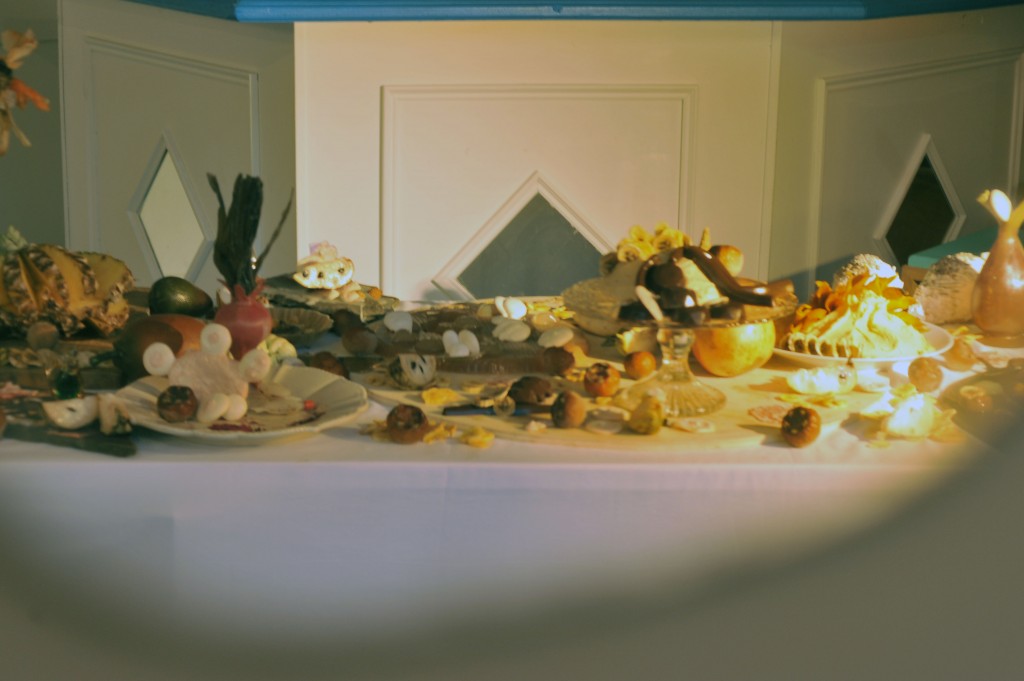 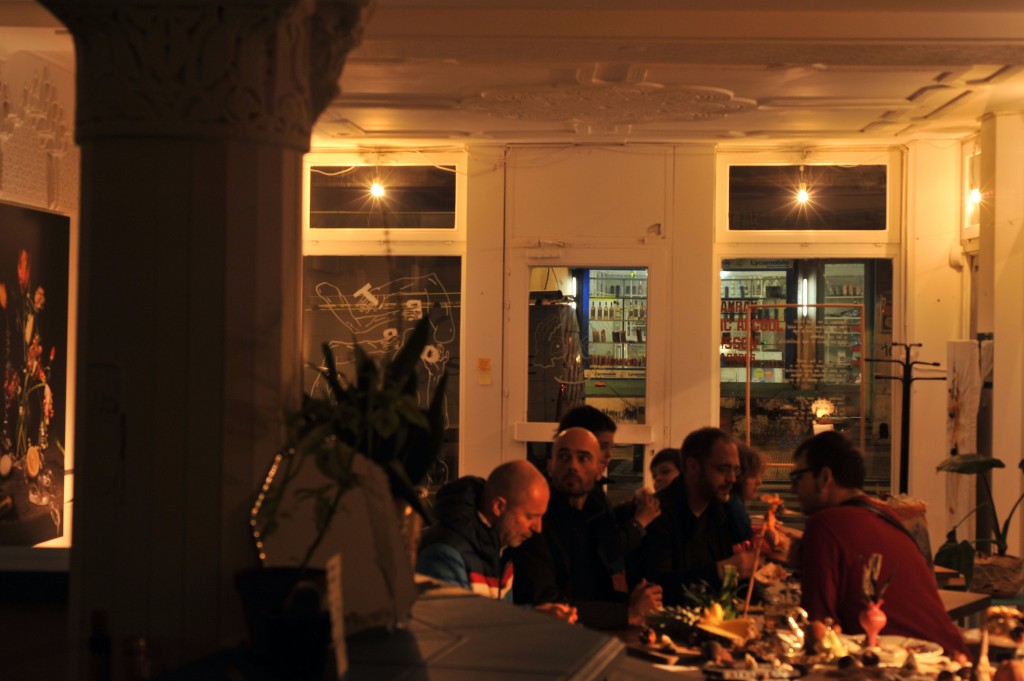 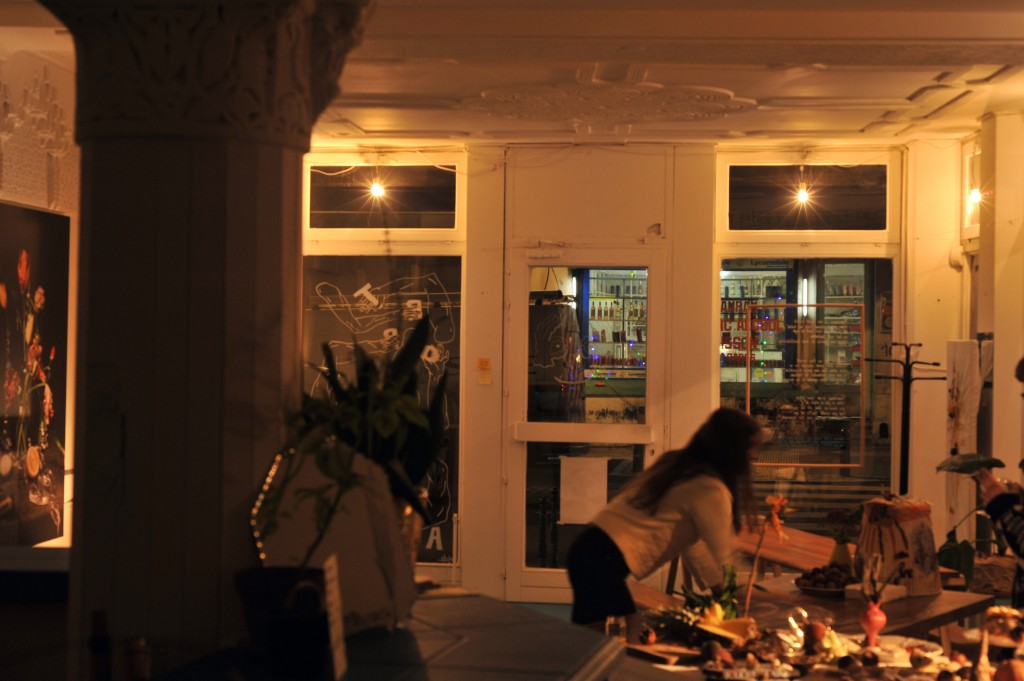