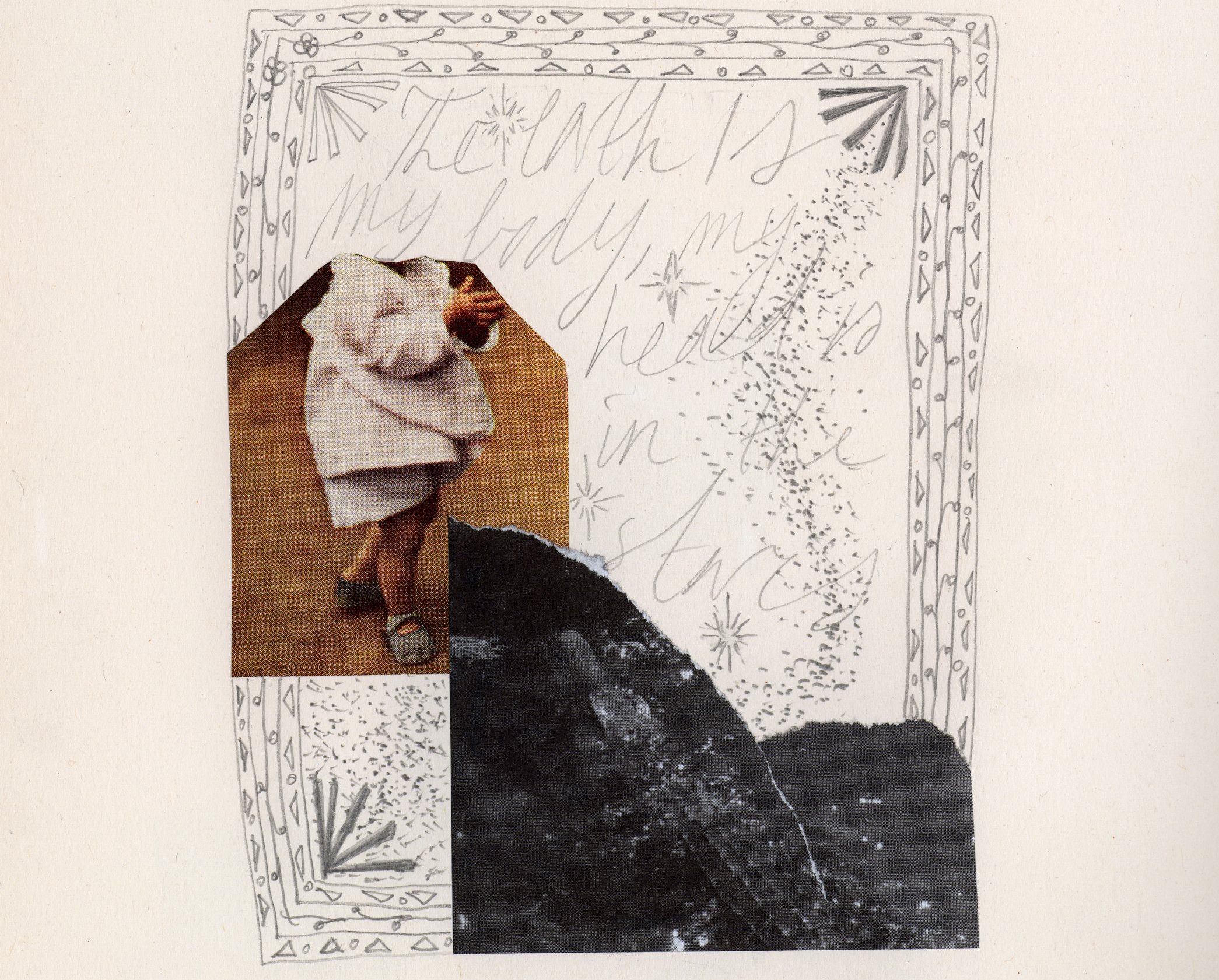 The closer, the further.  The closer you look into something, the further it brings you from its explanation. Sounds legit.

For over years I’ve been looking for the meaning of my name, any name of any thing. Body-mind-issue. The rock, its surface and its core. The mountain and the molding of the clay that makes the mountain. I can’t express it otherwise than in these words, because the search seems to only make me circling around and never gets me into it. This is my song, I don’t know how to sing another one.

I made a dialogue which might express it even better. It’s a man and a woman talking to each other. The man is a bit crazy, the woman is a bit distant. He’s emotional, she’s rational. She tries to give an explanation, a frame, a context for the feelings of the man. Man and woman standing close to each other, are almost one.

The image of the cosmos and the dot is used as a metaphor for all concentrated energy, ready to explode. It’s the dialectics – a delicious one – of the tiny dot which makes the infinite universe. At least that’s the idea I got from all the circling.

The sound of jazz because I love the beat in Jack Kerouac’s On The Road, the smoke and the smell of horses ready to race. At some point I truly understood his protagonists: looking for IT, the beat, but not as exalted and exhausted yet. Just sometimes surprised by the overwhelming shivering that prove everything was one and one was enormous.

Bruce Conner, considered a beat generation artist, made a photo collage which exactly presents the feeling. And in the same publication I found the Sputnik next to an exploding atomic bomb in Nevada. Made me wish to become one with the images.

In the last chapter of his book The Silence of the Light, Joost Zwagerman wonders about which end is best for a book. He refers to another writer, Frans Kellendonk, who doesn’t end the last sentence of his novel with a dot. Just with the word ‘dot’ but not the punctuation mark. To Zwagerman the author reveals that  the image in our head and the word are one. “Kellendonk creates a universe in which nothing is certain – not even the dot as full stop.” Rather the dot as a beginning, a trigger for much more. That’s why I like to believe the core lies in the dot at the end of the sentence.

The poet has to be mad to write a good poem. The poem is a dot. Legit.