Where to start about stones. I never had particular interest into stones. Once in a while I might have collected a nice shaped example as reminder of a special place, that’s all. Up until some months ago, when I read an article of an art critic that used following quote of Paul Cézanne (1839-1906) – a fanatic geologist:

“Look at this Sainte-Victoire. What momentum, what a driving thirst for the sun, and what melancholy in the evening when all this gravity descends again… Those blocks were of fire. There is still fire in them…” (Gasquet, J., Cézanne, 1921, p. 244)

I was touched by this quote that sounds like a poem – because Cézanne, father of the Mont Sainte-Victoire, knows to reveal a great wisdom in only two sentences. An insight had literally fallen into my head.
Those blocks were of fire. There is still fire in them…
To this idea of breath of life, a never extinguishing fire inside the rocks I want to link two images.

Stones are an important motive in Jimmie Durham’s oeuvre; they appear as strong (destructive) messengers. The objects become variable subjects.
Xitle and Spirit shows a parallel in how Durham and Indian Hindu’s approach the stone: they’ve given the block eyes and a face. It looks at us and has become a living being. It has smilingly smashed the car or is wearing a yellow scarf and crown while greeting temple visitors. Durham didn’t accidentally picked a lava stone from the Mexican volcano Xtile.
The spirit has become an solid rock; the fire is solidified.

A beautiful word to collect previous concepts is “animism” – the souled condition of things. The anthropologist Edward Tylor (1832-1917) invented the term ‘animism’ in the 19th century to refer to the attribution of life and person-like qualities to objects in their environment. This was characteristic of primitive tribes and uncivilized societies. Unfortunately this merge of object and subject, reality and fiction and inside and outside was considered to be naive. (Franke, A., Animism, vol. 1, 2010, p.11) 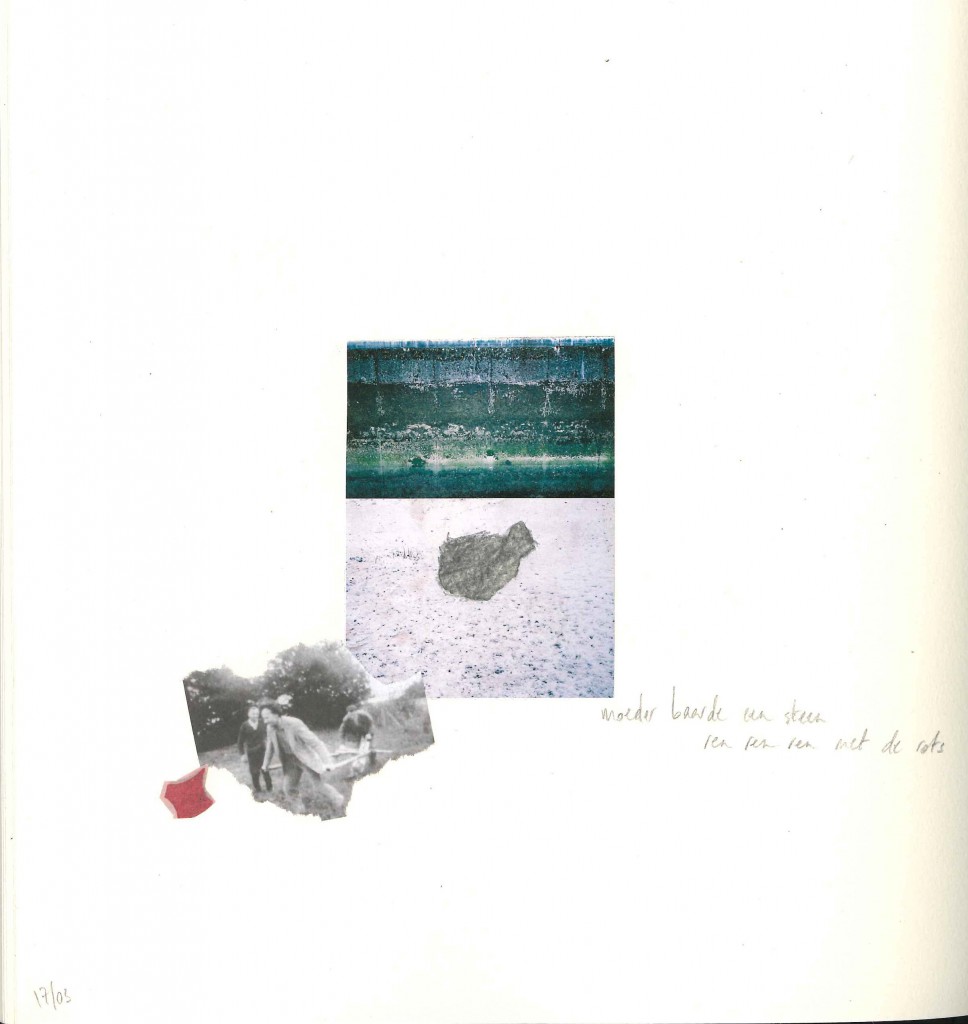 And suddenly I became aware of the presence of rocks in some of my own collages. The reason why I feel close to Cézanne’s conception of rocks, must be the question about identity I’m trying to answer. How does one’s spirit or soul relate to one’s body?
Stones might help me to find an answer.